Highlander: The Series is a TV-series in the Highlander franchise which aired for six seasons in 1992-1998.

The main protagonist of the TV-series is not Connor MacLeod of the original 1986 Highlander movie, but one of his clansmen – the likewise immortal Duncan MacLeod (played by Adrian Paul). The actor Christopher Lambert, who plays Connor MacLeod in the movies, appears in the pilot episode to introduce Duncan MacLeod to the viewers.

Highlander: The Series was co-produced by Rysher Distribution in the United States, Gaumont Television in France, Reteitalia in Italy, RTL Plus in Germany, and Amuse Video in Japan. It became an international success and was nominated for a number of prestigious prizes.

The events in the series chiefly take place in Vancouver, Canada and Paris, France. Throughout the series, flashbacks are used to show the viewers the backstories of the characters, and those are set in a variety of locations around the world. 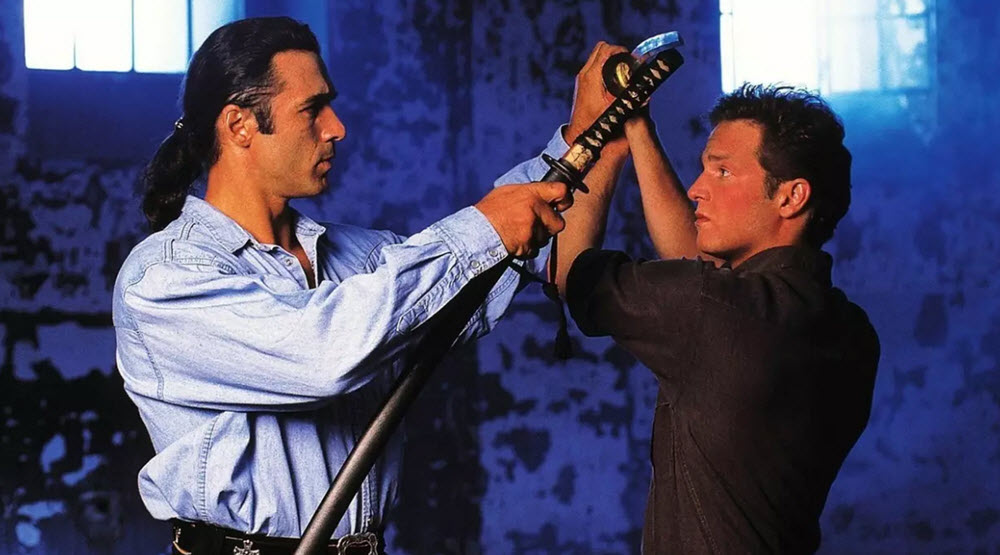 Short facts about Highlander: The Series

When the series start, the immortal Duncan MacLeod lives a peaceful life with his girlfriend Tessa Noël in a portcity in the state of Washington, USA, where the couple runs an antique shop.

The character Richie Ryan is introduced early on and becomes an important moral ally to Duncan. He is as a thief who breaks into the antique shop and accidentally becomes witness to a fight between Duncan, the immortal Slan Quince and Duncan´s clansman Connor MacLeod.

It is revealed that Duncan is almost 400 years old, and has been hiding from the other immortals for some time now, as he does not wish to be involved in their hunting and beheading of each other.

The series largely revolved around Duncan´s interactions with other immortals, but also with mortal friends and foes.

Recurring immortal friends from Duncan´s past are introduced during the first season, while the concept of the Watchers is not introduced until season two.