The protagonist of Highlander: The Raven is the immortal Amanda (played by Elizabeth Gracen) and old lover and sometimes enemy of Duncan MacLeod.

The character Amanda first appeared in Highlander: The Series, where she proved so popular among fans that she became more of a regular than originally intended, and eventually got her own spin-off. 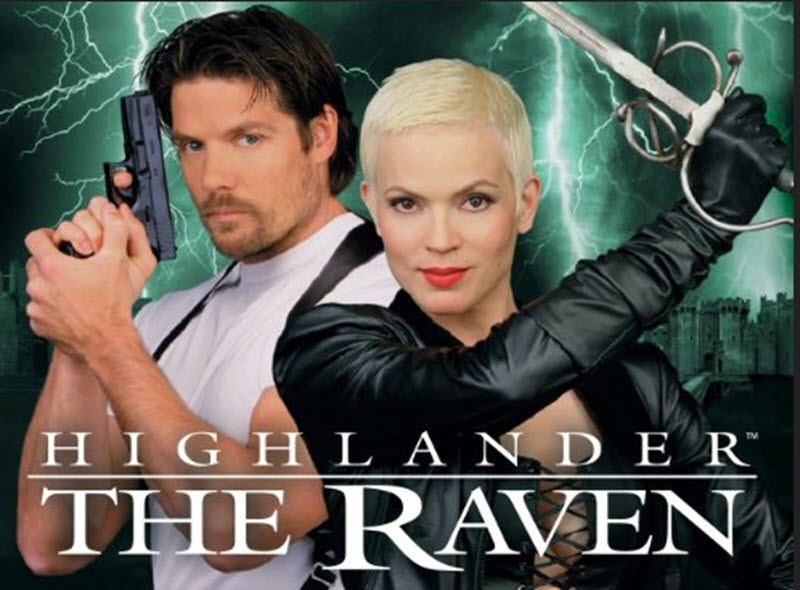 In the series pilot, the 1,200 year old immortal Amanda – who makes a living stealing – meets the police offer Nick Wolfe. While he is investigating a series of robberies, a crocked cop frames Amanda for a murder. Officer Wolfe´s partner Claudia Hoffman sacrifices her life to save Amanda, not knowing that she is an immortal. This self-sacrifice has a profound impact in Amanda, who decides to change her ways and become a better person. As a part of this, she begins standing up to other, seemingly stronger, immortals – people she would have previously stayed hidden from.

The character Amanda was created for the 1993 episode “The Lady and the Tiger” and was originally intended as a “villain of the week” – an immortal former lover of Duncan MacLeod who shows up in his life again with troubles in tow. Fans of the show loved the character, and she was therefore allowed to become a recurring character.

Amanda was born in St. Anne, Normandy, circa year 820 AD. Poor and starving, she dies her first death from a beating after being caught stealing food from a plague-ridden house. Fearing that her body will spread the plague, the people decide to burn it, but the immortal Rebecca Horne saves her and becomes her mentor. From Rebecca, Amanda learns about the immortals, the quickening energy, the game, and the prize. In 853, Amanda leaves Rebecca and starts travelling, and she eventually gains a reputation for being one of the world´s most skilled and elusive thieves. She also holds down various jobs during her long life, such as harem dancer, casino owner, nighclub singer, acrobat, teacher, and antique dealer.

Rebecca and Duncan MacLeod first meet in 1635, and over the centuries, they will come to sporadically share both romance and adventures together. Typically, Amanda appears out of the blue because she needs his help with one of her plots. The two can go decades without seeing each other, but are also known to spend a year or more together before amicably going their separate ways again. One way or another, they always end up together again – for a while. When not together, they enjoy romantic and sexual relationships with other people. Duncan is well-aware of Rebecca´s self-serving ways and eagerness to manipulate him for her own gains, but is amused rather than uspet by her antics.