Released in 1991, Highlander II: The Quickening is the second film in the Highlander franchise.

It was directed by the same director, Russell Mulcahy, but the film´s investors took direct control of production and final edit and changed parts of the story without input from Mulcahy. The final product contradicts its 1986 predecessor in various major ways. Among other things, it depicts the immortals as aliens and offers a different view of the Quickening. There is also the resurrection of the previously beheaded Ramírez. 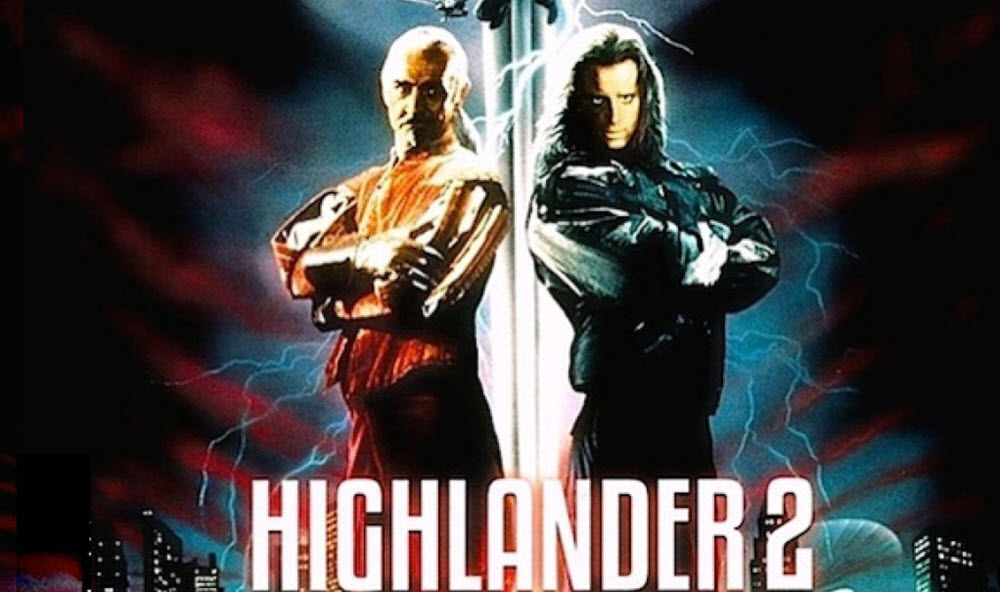 Plot for Highlander II: The Quickening

The film is chiefly set in the year 2024, but also contains flashbacks to Earth in the 1990s and planet Zeist 500 years ago. Connor MacLeod regains his youth and immortal abilities, and fights to free Earth from the Shield, an artificial ozone layers controlled by a corrupt corporation.

The film depicts the immortals as aliens from the planet Zeist. It is revealed that Ramírez and MacLeod were revolutionaries who opposed the corrupt rulers on their home planet, including General Katana. Ramírez and MacLeod were exiled to Earth, along with others, and on this planet they became the immortals. The immortals are forced to kill each other until only one remains. When that happens, the remaining immortal will get to chose: be pardoned and return to Zeist, or stay on Earth as a mortal.

In 1994, a lot of people on Earth die as the ozone layer deteriorates. This includes Brenda Wyatt, the wife of Connor MacLeod. Five years later, MecLeod supervises a team that builds an energy shield for Earth to replace the ozone layer. Due to the shield, it is no longer possible to see the sky.

In 2024, society has descended into violence, and the shield is under control of The Shield Corporation (TSC). Since MacLeod became an aging mortal in 1985 (in the first Highlander movie), he is now old and frail. Worried that he might go back to Zeist, General Katana sics his immortal henchmen on him. MacLeod kills them, and absorbs their immortal energy which makes him younger and stronger.

MacLeod teams-up with the political radical Louise Marcus, who knows that the ozone layer has healed and that TSC is keeping this a secret to keep charging money for the shield. He also uses his magical bond (“the Quickening”) with Ramírez to resurrect him.

Alternative versions of the movie